Pittsburgh has no shortage of inspiring tech stories to tell, but Jason Wolfe’s has to be somewhere near the top of the list. Jason moved to Pittsburgh under, let’s say less than ideal conditions, and built what is today a tech incubator with a history of serial successful exits creating companies that continue to thrive and generating hundreds of jobs along the way in the city he now calls home.

Much has been written about Jason’s story, so we’ll be brief for the benefit of those familiar with it. Jason grew up on welfare and was abandoned by his father at a young age, which led him to the Milton Hershey School, formerly known as an orphanage now called a boarding school for disadvantaged children founded by the chocolate magnate of the same name – perhaps Jason’s biggest hero. He graduated from this school with $100 and a suitcase of clothes in 1987 and went off on his own. He put himself through college and life thereafter would not be very kind to him. Living in a car, showering at a friend’s office space and barely making ends meet, he suffered an accident that caused him to have 2 spinal surgeries and put him bed-ridden several months. At this point, he decided to make lemonade from lemons.

In 1995, the early days of the dot-com era, Jason used his “downtime” to teach himself to write code. Months later, he had built and launched the first couponing website, CouponsDirect (later renamed MyCoupons), which grew to 5 million members and he sold in 2000 for approximately $23 million. For his next gig, he saw potential in a new business model – affiliate networks – and created a pioneering ad serving and tracking platform company in the space, Direct Response Technologies, which delivered over 16 billion ads per month and he sold for $22 million to Digital River in 2006. Before the sale he had been inventing new models in the gift certificates and gift card space and saw an opportunity to disrupt that industry. This gave birth to GiftCards.com in 2002, which he built into the largest online retailer for gift cards and sold it for $120 million to Blackhawk Network. Currently he is building a next generation e-gift company within the B2C and B2B spaces with PerfectGift.com and GiftYa. One can only speculate what the future holds for this latest initiative.

Throughout this extraordinary journey, Jason and his startups have won numerous awards and accolades, but he’s always been more focused in giving than receiving. Jason has had a number of philanthropic initiatives and is known to volunteer at homeless shelters and food banks. He has also made it a common practice to share the wealth with his employees – upon selling GiftCards.com he distributed some $15 million across the entire team.

Jason remains committed to Pittsburgh, perhaps because it’s been kind to him, but perhaps more so because he believes it’s a bit of a tech entrepreneur’s promised land. We spent a little time with him to have him elaborate on this.

Question: We understand you’re a big fan of Pittsburgh as a place for entrepreneurs, beyond your personal success stories, what do you see as the competitive advantages of Pittsburgh?

Jason: Pittsburgh is a bit unique in that it offers a thriving tech scene at a fraction of the cost. Here you have access to great talent, not just from Carnegie Mellon University and Pitt, but from other startups and a growing tech ecosystem. Unlike other tech hubs, however, your costs are significantly lower than in the coasts. Your rent is lower, your payroll is lower, your overall overhead is lower. This is particularly crucial for entrepreneurs, who by definition lack funds in the early stages. You can build a startup and grow it to break-even faster without the need to raise as much capital. This is not something you can find in Austin, Boston or Nashville, let alone New York or Silicon Valley. Your chances of building a successful startup with great talent and lower costs are uniquely favorable in Pittsburgh.

Q: Speaking of talent, how would you compare the talent pool in Pittsburgh versus other tech hubs?

J: Pittsburgh has very competitive talent, there are great people working in transformative technologies like robotics, AI and other. We are also getting better at attracting talent from other regions, particularly in this new Covid-19 environment. But I don’t think that’s the key. I think the opportunity for Pittsburgh is for more entrepreneurs to come here and start successful companies. Build them, grow them, perhaps sell them or take them public, but build companies that will endure through time and continue to grow the entire tech ecosystem. This will undoubtedly bring more talent and growth to the city.

Q: For a young engineer or project manager, what does Pittsburgh have to offer from a personal and quality of life point of view?

J: The cost of living in Pittsburgh is substantially lower than in the coasts. A young professional or a young family can afford to buy a nice house in Pittsburgh, something completely out of reach for a young engineer in New York or San Francisco. Yet, Pittsburgh has a lot to offer as a city, the symphony, professional sports teams, parks, bike trails, a great restaurant scene, and all the amenities of a big city. It is at a smaller scale, without the traffic, but you have plenty to do and plenty to choose from. The quality of life here is substantially higher than on the coasts.

Q: What are the tech areas you think are thriving in Pittsburgh?

J: There are many. I have been focusing on fintech. We have one of the biggest banks in the country here in PNC, which I recently sold a company to, and it is an area that has plenty of room for growth and disruption. Robotics is clearly huge in Pittsburgh. CMU has a lot to do with that, plus the companies that have set up shop in town in the autonomous vehicles field like Argo, Uber, Google, Near Earth Autonomy, Locomation, or companies in aerospace like Astrobotic. This is where Pittsburgh shines the most, even as there are other thriving areas like life sciences or natural language programming.

Q: You’re not originally from Pittsburgh, from a personal point of view, what keeps you here?

J: I have my family here, my wife, 3 children, and a foster boy. I have many friends that I have made over the years as well as my church and organizations I belong to and lead. I am the current Chairman of the Pittsburgh Technology Council and love to work with Audrey Russo and her team to thrive our technology ecosystem. I’m on the board of the Family Design Resources which handles the Statewide Adoption Network and we help over 11,000 children in foster and adoption care. I am clearly rooted here. I love the people of Pittsburgh, their friendliness and hard work mentality. I would love to see the city continue to make progress along the lines of diversity and inclusion.

Q: You’ve lived here long enough, surely you must have a local hidden gem you can share with us.

J: I think North Park is a gem for sure, as well as South park and others. We have a nice little lake, an ice rink, community pool, and more. I think us Pittsburghers don’t realize how fortunate we are with our local parks. If you like the outdoors, Pittsburgh is a great city for you, this is something I don’t think people outside the area realize.

J: I’d like to add that I would love to see more entrepreneurs in this city, growing and building businesses here. Then, sell them or go public. Then, stay here, invest into doing the same again and again. The more entrepreneurs we have here with success like this, the more the city will thrive. And being an entrepreneur is color blind and gender blind. So the product speaks for itself – which is a great equalizer. 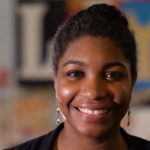 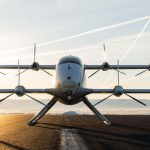