For someone who worked sixteen years at Barnes & Noble in countless roles, it would seem like a natural progression they’d end up publishing a book. But it was a life-changing, adventurous journey into the mysterious world of technology that led to Sean Rogers’ dream of publishing his first book, Refactored.

Sean’s tech journey began at the early age of… 39. In 2018 Barnes & Noble went through a process of massive layoffs, and Sean was one of the unfortunate casualties. Equipped with a Bachelor’s degree in English and sixteen years’ experience at a brick and mortar retailer, Sean decided to re-evaluate his career options. One day a Tech Elevator ad on NPR caught his imagination and he decided to sign up for its boot camp. A few months later he was coding at PNC.

“A lot of the people that go to these programs have a driving passion to be in software development, and honestly it hadn’t really occurred to me. I didn’t grow up wanting to be in tech. I needed a new trade, something to help me change careers. I was nervous, but I’m OK being nervous and being uncomfortable. In my mind it seemed more anxiety as part of an adventure rather than part of work. It seemed like a big thing to do, like to climb a mountain. Learning to code at 39 was just exciting.”

The path was not easy, but his career certainly changed. “It was very, very difficult, but it was a very positive experience. I made lifetime friends, teachers and staff were amazing, the pathway program was magic, four months later you have an entry level job with good wages and a career path that has a really high ceiling.”

We asked Justin Driscoll, Regional Director of Tech Elevator in Pittsburgh, to tell us a little more about it. “Tech Elevator is a 14-week coding boot camp designed for individuals that are looking to get into the software development industry through non-traditional ways. A lot of our students are career changers who come from all sorts of backgrounds.” Like Sean, many people feel stuck or unhappy with their careers, and Tech Elevator opens a door into a high-demand career path. The only requirement is a high school diploma. “Most students come to Tech Elevator earning an average of $30,000 a year… and the average starting salary of our graduates is $60,000.” Driscoll continues, “Sean was a fairly tech savvy individual, but had really strong behavioral skills. He has a liberal arts degree, worked in retail, strong behavioral skills, really good with words and writing, and he really took those skill sets and applied them to technology.”

Sean specialized in .NET class and got his first job at PNC a day before his code graduation day, at the Quality Engineering division. He started as an automated tester, embedded in an agile team, working side by side with developers and wrote automated tests for the front end and for the APIs. “I did that for one year and last summer I became test lead, so now I manage seven QE’s that do what I had done the previous year.” 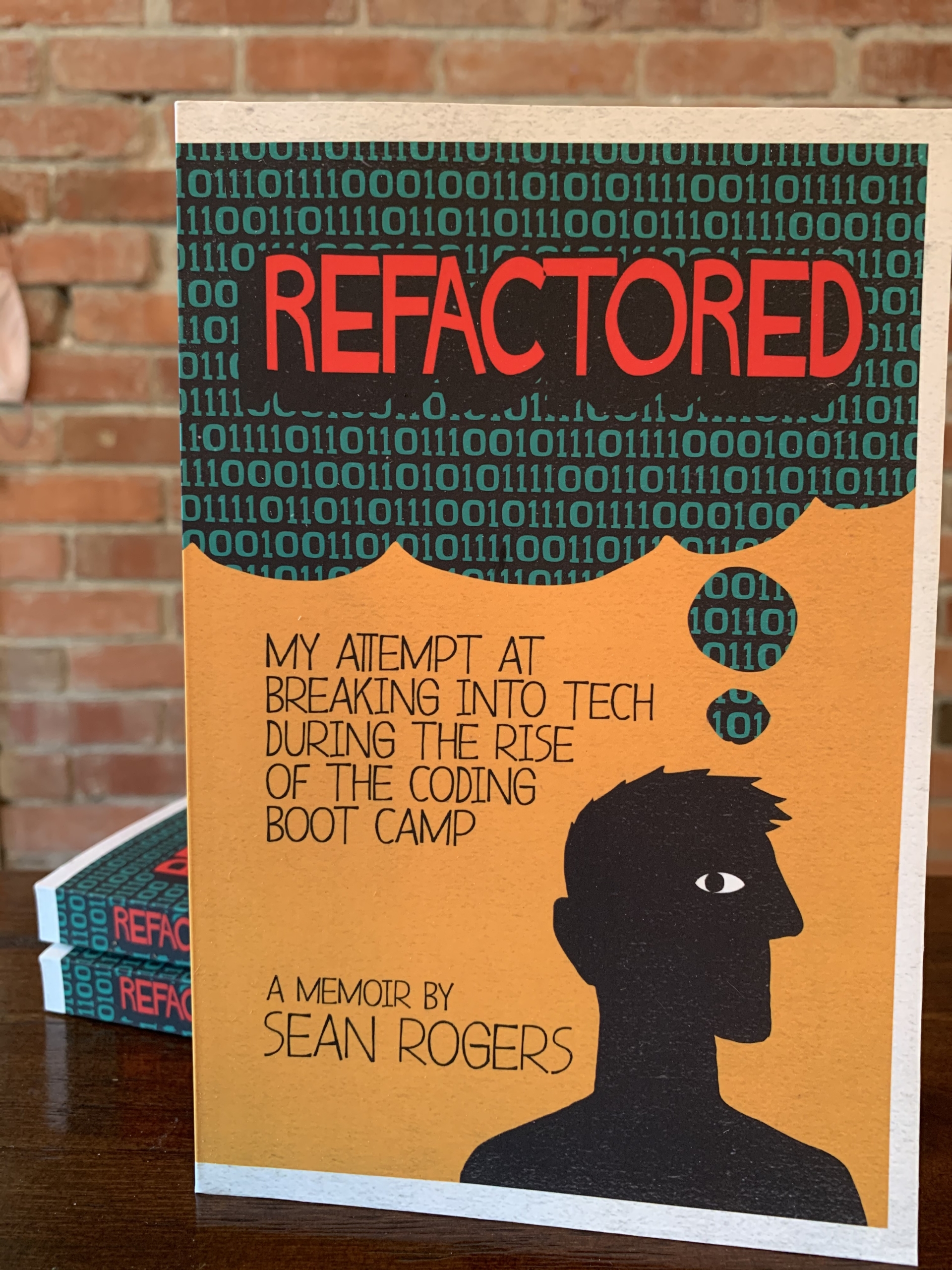 Sean had written about ten fictional novels previously and always had a passion for writing. Somehow, Refactored, his first piece of nonfiction, is the first one to get published. What was the inspiring and motivational factor? “I always try to tell people who are thinking about going into tech to think of tech as a trade rather than tech as a passion that you have to have as a computer nerd since the age of five. You can do this as a job and it doesn’t have to be your complete personality. That’s something that a lot of people don’t realize. If you can be a good barista at Starbucks, you can probably triple your salary and learn to write automated tests or to do Javascript. I called the book Refactored, because that’s what I did with my life. Some might call it re-invention, but that’s not accurate. To refactor in programming means to take existing code and restructure it for improvements. That’s what the boot camp did for me: it took existing features and personality traits that I already possessed and made them more efficient, stronger, and valuable.”

We asked Sean to share a little about the book without the need for a spoiler alert. “There’s a lot of mini-biographies of the people I went there with, people who are very comfortable with risk, big personalities. Just from the amount of stress that’s happening in the class, there are some strange conversations and strange people, which I really enjoy. It was a fun journey and more memorable than my college experience. It being later in life, this is something I could do at 39 years of age and that there’s no way I could have done at the age of 18 or even 22.”

Just over two years at PNC, a new career, a promotion and a book under his belt… Sean’s kept himself quite busy. But what does he do in his free time? “My favorite thing is the museums, the Frick, the Carnegie, the Warhol museum, the Mattress Factory, Pittsburgh is an art-centric town and I really enjoy that. I like the real effort that they take to include art as a central part of the city. I live in Dormont and I’m Dormont centric”, he confesses, “and I love to discover new restaurants in Potomac, which is sort of a secret place. A lot of people don’t know about it, a lot of restaurants, a movie theater, a bookstore, and I don’t think unless you’re in Dormont you’d discover Potomac.”

Sean’s story is nothing short of inspirational to those looking for a career-changing experience. If you want to hear the whole tale from the horse’s mouth, buy the book. You can drive to the Potomac bookstore, or it’s also available on Amazon. Then again, if you’re feeling a little more mischievous, you can also find it at BarnesandNoble.com. 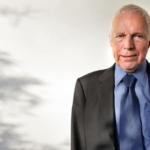