One in nine Americans struggles with hunger and over 14 million American households are food insecure, according to a Feeding America Hunger study. These stats become all the more chilling when you consider that about 40 percent of all food in this country goes to waste. Let that sink in - 11 percent of Americans go hungry every year and 11 percent of American households feel food insecure, while a staggering 40 percent of the food we produce and distribute ends up in landfills. Now here’s some food for thought, how do you figure out a way to redirect all that good food to those who need it? That’s exactly what Leah Lizarondo, CEO of 412 Food Rescue, set out to do when she co-founded the tech non-profit.

Leah started her career in consumer packaged goods working for Colgate Palmolive in New York when suddenly she saw the first dot-com boom happening before her very eyes and decided to switch to tech joining a software company in a product management role. “That’s when I first learned about product management in the software sense, which is different from the product management in packaged goods. I loved how quickly technology can move. I decided to transition to technology and that’s when I decided to go to Carnegie Mellon. I also wanted to focus on technology for good, so I went to Heinz School of Public Policy instead of Tepper.” While raising her kids in Pittsburgh, she took a little time off and then moved into the non-profit sector. “So I now had experience in packaged goods, technology and non-profit, and 412 Food Rescue is kind of an agglomeration of the three.”

Around 2012 the National Rescue Defense Council published a report called “Wasted,” and that was the tipping point for Leah to build and launch a new, more agile model that would leverage technology to address an issue food banks across the country were struggling with. “All of us have this idea that we’re wasting food but don’t know the extent of it and this was the first report that basically said we’re wasting almost half of our food supply. For me, that was extremely shocking and it was an interesting problem. Why is food going to waste? Where is it going to waste? Why is it not getting redirected? After looking at it, I really understood it’s a big logistics and distribution problem. A new model had to be built to make it cost effective. Uber and ride-share services were starting with the technology that supports these big fleets of vehicles without any physical presence. You don’t have to have a lot, you don’t need to check in. So we decided to take the model, if you can mobilize hundreds of thousands of cars and drivers using technology we can do the same. And lo and behold, delivery services are now the biggest segment of these platforms, so 412 Food Rescue functions the same way but for a different cause.”

While the non-profit started in Pittsburgh, they built a platform that could be licensed and leveraged elsewhere. “How do you build this volunteer network and ensure that it’s reliable enough for stakeholders to depend on? Like when we order using DoorDash, we know it’s going to come. So we want the same reliability. It’s about understanding how to raise awareness, how to drive consumers to opt in and actually participate. That’s truly the magic of the platform, which is called Food Rescue Hero. This differs from a traditional food bank model, where you have a fleet of trucks and a warehouse delivering large orders to a finite list of designations. Our platform, with no warehouse or fleet of trucks, allows them to distribute an exponentially higher number of destinations, not limited by a truck.” 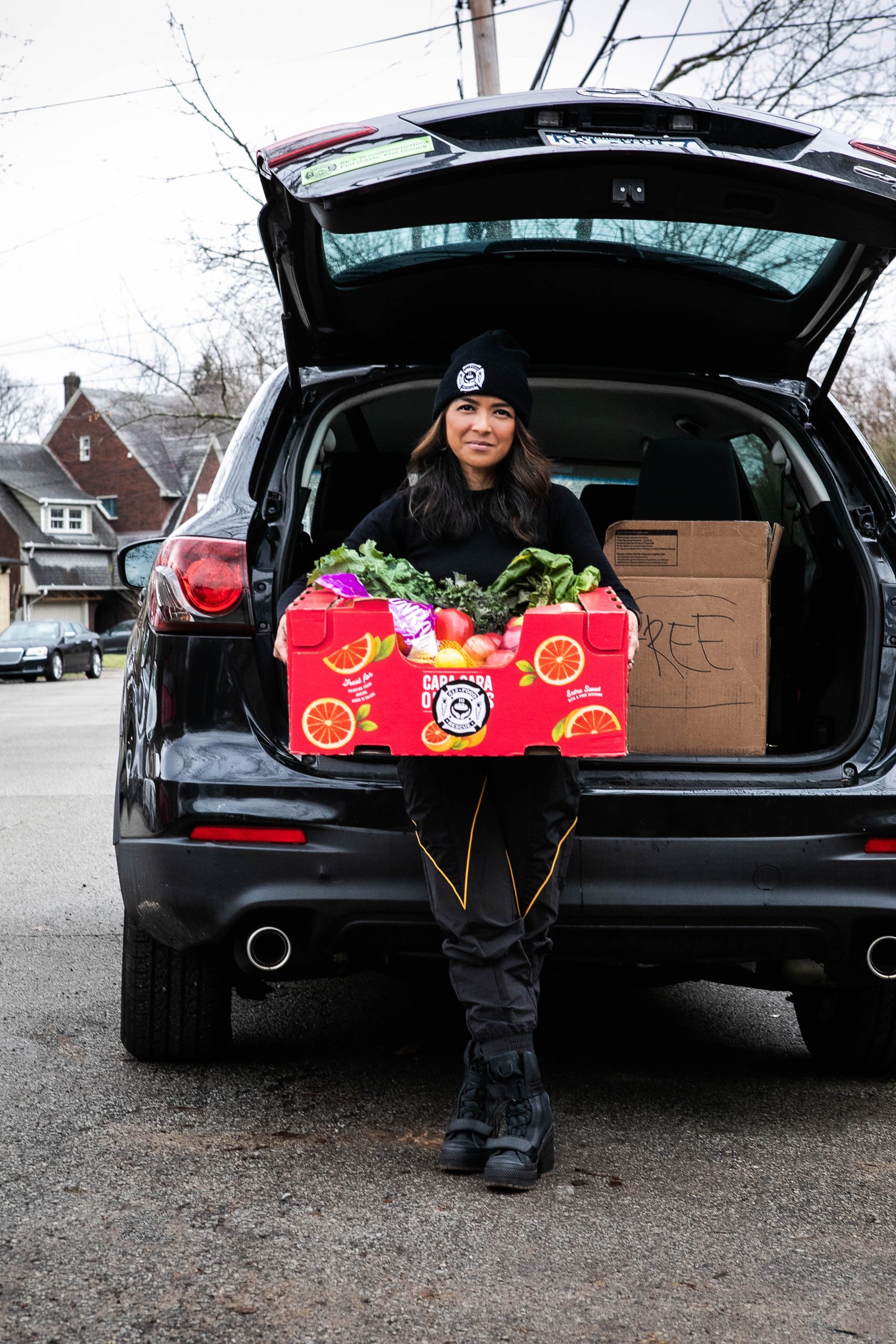 412 Food Rescue’s proprietary app, Food Rescue Hero, is also operating in 11 other cities including Philadelphia, Cleveland, San Francisco, Cincinnati and Vancouver, B.C. Each city operates under its own brand, but uses the Food Rescue Hero platform and 412 Food Rescue is a licensee to all the other operations. “The difference from a DoorDash and our operation is that we work directly with nonprofit organizations. So using the app, our volunteer drivers will pick up from Whole Foods and drop off to the nonprofit organization, and they will distribute to their clients.”

We asked Leah how friendly an environment Pittsburgh was to launch a non-profit tech platform like this, which requires tech talent and a critical mass of volunteers in order for it to scale to a meaningful level. “Access to philanthropy in Pittsburgh is beyond compare in terms of innovation. I don’t think this would have grown as quickly if it was in another city. Pittsburgh has a great philanthropic community and a lot of them are working with us; we are really lucky to have that. Pittsburgh also has that ‘Mr. Rogers spirit’ and it’s very real. Between the funding and the volunteers we’ve been able to prove this concept which was a dream. And allowed for other cities to see it and say ‘yes, we can do that too.’”

But while raising philanthropic funds is friendly in town, it’s still a challenge to a non-profit anywhere, especially in the tech industry. The licensing fees are kicking in, but supporting the development of the technology is costly. “We have to fundraise from a nontraditional philanthropy that understands that technology is part and parcel and central to what we do and there’s not a lot of technology non-profits. So therein lies the challenge, we’re not a traditional food bank.”

Finding tech talent as a non-profit is also no walk in the park. Many tech folks are interested in joining a disruptive unicorn that is going to change an industry and deliver a high financial return. “It’s not that easy to find talent. It’s a tight market. We have a great in-house team, but it’s a challenge. Not a lot of technology talent is willing to take that jump into nonprofit.” However, that hasn’t stopped Leah from growing and scaling. Today 412 Food Rescue has 20 employees and 10,000 volunteers who have delivered almost 15 million pounds of food over the past six years. If you count all nine cities using the platform, that’s 40 million pounds of food and 170,000 miles covered over the same time period – that’s about seven trips around the world, by car, delivering free food that would have otherwise gone to waste to those who need it.

Many operations, companies, universities, institutions and non-profits have suffered the perils of the current pandemic. How has this affected 412 Food Rescue and what have they learned from it? “In no way did we ever foresee anything of this scale happening in terms of crises, but this is exactly the kind of crisis our model is designed for. We’re a distributed network that is highly resilient, this is like the internet, if one node goes down another one goes up. We don’t see any of the food that we transport. If one driver cannot make it today, there are a number of other drivers that can, so that delivery will not be missed. If a truck breaks down, it’s done, which means that all other nonprofits and pantries will have a hard time getting to that food. So, it’s a network designed for disaster. It was very impressive to see it working during the crisis. It’s also a very contact-less method of volunteering, you pick up the food, you drop off the food and you see no one; it’s extremely safe. So it has endured and grown in this crisis.”

Always interested in our protagonists’ connections to our city, we asked Leah, how does a Philippines born immigrant to New York end up in Pittsburgh? While she initially came to attend CMU, she returned to New York until she started a family and it was back to Pittsburgh. “I had kids, not easy to raise them in New York City. Pittsburgh is a great place to raise a family. It has all the amenities, our museums, our parks and how easy it is for kids here in Pittsburgh. The sense of community is really fantastic. That’s really hard to replicate anywhere else. This collegiality and just lots of mutual and peer support everywhere. It’s a small town and it feels like home. You can pretty much know everyone; there are like two degrees of separation.”

It’s not often we read ‘high tech’ and ‘non-profit’ in the same sentence. And it’s not often you see ‘female CEO’ and ‘immigrant’ in the very same sentence either. Leah’s victorious story is nothing short of inspiring and exemplary of how far our leaders are going in this region, which has earned her among many accolades a well-deserved seat in Pittsburgh Business Times’ 2021 Power 100 list. She’s certainly empowering thousands of people in our region and beyond. 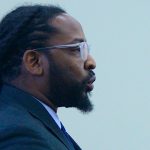 Taking the Law Into her Own Hands