Countdown on the loudspeaker: ten, nine, eight… and all the way down to one. That was the signal for Emily Constantine Mercurio to put her head down and cover her ears as she felt her school shake and tremble from the nearby explosion. This was no terrorist act, but a routine blast from the coal mine next door. It had become so natural in her upbringing, she was under the impression it happened in every school in America and never thought much of it. Yet, it would be the detonating event that launched her career as a geologist and eventually turn her into the co-founder, CEO and majority owner of CivicMapper, a tech startup offering geospatial technology solutions.

Emily grew up in a farm house near the town of Claridge, PA, where she went to school with all the sons and daughters of the nearby coal mine workers. Growing up there “definitely left an impression on me, but the one interesting thing that came out of that experience was that they would bring in fossils that they found when they were stripping coal and that’s when I decided to become a geologist, I was six years old.” While most of us were occupied thinking about the contents in our lunch box, Emily was looking at scientific career choices. “I didn’t know that you could do that as a job, study rocks. I’ve always been interested in the environment and science and the effects of human activity on the environment, that stuck with me from that experience and here I am.”

She left Pittsburgh to attend college and spent about 15 years in California and New York working as a geologist and a mapping specialist in geographic information systems. She returned to Pittsburgh in 2007 to get her PhD and after that worked at an oil and gas company as an exploration geologist, but five years into that job she realized she was ready to move on. “That’s when we formed the company with my two co-founders,” her husband Matt Mercurio and Christian Gass who met at a Code for Pittsburgh event. “Matt and Christian started talking about creating a tool and calling it CivicMapper to map civic infrastructure, so six months later we all started this together.”

The company started with a focus on stormwater projects, where there is a greater need for data visualization and a better understanding of environmental and monitoring data. Climate change has brought more frequent and more severe rain events and it’s really taken a toll on our stormwater and sewage infrastructure. “So we started working with Three Rivers Wet Weather and developing the sewer atlas, which is a unified map of all the sewage and stormwater infrastructure in the ALCOSAN service area.  We pull data from 83 municipalities, brought it all together into this one unified connected networked data set that contains attributes of each piece of infrastructure, like the size of the pipe, the material, which direction liquid is flowing in those pipes, all of the pump stations, all of the pieces of the sewer network. And that is used by ALCOSAN to do a whole lot of different kinds of projects, by the municipalities within that service area and by PWSA.

“We create geospatial software and custom scripting and tools so people can integrate with them and bring their APIs into their platforms. Everything we do has a geospatial component, any kind of data that has a spatial tag we can use to create these things. This is of utmost importance because as we get these rain events that are overwhelming our system they can use the sewer network to model and understand if the region is adequately sized for the amount of rain that is projected to be falling because of climate change in the next five, ten, twenty, fifty years. So it helps them plan. Not getting this right could cost the region some significant damage in flooding or sending sewage into our rivers. Even if it rains an eighth of an inch, that’s all it takes, that can be enough to overwhelm the system and put raw sewage directly into our rivers.”

And from that CivicMapper created a lot of interesting apps; one example is FlushMap, which allows you to type in your address and see the path that your flush takes from your location to the treatment plant. “People loved seeing where their flush goes.” We couldn’t resist and had to try it; within seconds we found out our flush takes about five to ten hours to travel some seven miles to the treatment plant and see all its twists and turns. While this sounds like a playful tool, ALCOSAN Industrial Waste can use this in reverse when they’re on the field,  if they hear complaints of chemical odors coming from the sewer, they can use the tool, click on the manhole where they’re standing and it’s going to show them all the businesses that are connecting to that point and then that reduces the time they’re on the field and the time to understand where the violation is coming from.

But stormwater projects was just the beginning, CivicMapper is making waves in the transportation space and elsewhere. “We’re starting to develop some expertise in transit, there’s a huge amount of data that you can pull in from cell phones, like ‘where are people going?’” which eventually resulted in technology for transportation authorities called SurveyMap.

So what keeps Civic Mapper in Pittsburgh? “The amount of innovation happening here, we would be stupid not to be here. And to be close to talent is so important. Being in Pittsburgh was smart because of this access to innovation. If there’s a researcher at CMU working on something I’m interested in, I can email them and we can talk about it. It doesn’t feel strange. That level of access to experts and their willingness to engage, because it’s a small town, it’s extremely favorable to businesses.”

And what about on the personal front? “I love it. During the 15 years I was gone, it turned into a different city. There’s so much to do around here… museums, places to hike, parks, lots of outdoor recreation and a lot to do with your family here. We really like the Carrie Furnace site. It’s so cool there, and so representative of Pittsburgh, this kind of abandoned industrial area that they’ve turned into this amazing art space. We’ve gone to several events there, like the Thrival festival and this night time art installation. It’s really special and it’s so Pittsburgh.”

We’ve heard similar stories before… “I left and couldn’t wait to leave and then came back and it was totally different.” Today there are no schooltime blasts, only their echo which prompted a young lady to start a path that has led to another inspiring story of a female entrepreneur that is changing the map of Pittsburgh’s technology. 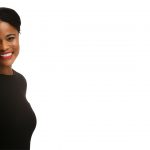 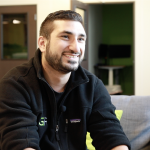