Jonathan Kersting is well known in town as perhaps the biggest voice in technology. As VP of Communications & Media, Jonathan has been with the Pittsburgh Technology Council for over 20 years and is the host of Techvibe Radio on ESPN and editor of TEQ magazine among other duties. Suffice it to say there’s probably no Pittsburgh tech C-level executive that has escaped his microphone.

But what many people may not know, and far beyond the world of robotics and artificial intelligence, is that Jonathan, like many other Pittsburgh natives, has embraced the numerous bike trails and terrains that make up the geography of this city. In his case, you could go a little further. Or a lot. He claims “cycling is the only thing that lets my mind unwind and get the endorphins flowing; it is intertwined across pretty much everything that I do.” And so it seems, at about 100 to 400 bike miles per week, his love of biking certainly qualifies as what he calls “a lifelong obsession.”

Pittsburgh is best known as the Steel City or the Three Rivers City. But throughout town, you’ll find a multitude of bike trails that cover just about every imaginable terrain. Whether you’re cruising around the Point downtown, going long distance on the South Side or mountain biking on Frick Park, there’s a ride for every flavor. Asked which of these is his favorite, Jonathan can only respond “that’s like picking a favorite child!”

Jonathan started biking at age six, and except for his four years in college has hardly gone a day without riding. We had a chance to connect with Jonathan and change roles, this time putting him for one on the interviewee seat…

Question: What are your favorite bike trails in town?

Jonathan: I’m partial to Frick Park for mountain biking because it’s right in my backyard. Right now my favorite trail there is Refractory; it runs along the base of Summerset at Frick and is just a blast to hoon without sliding off the edge! One of my favorite road bike or gravel bike loops is to take the Great Allegheny Passage to the Montour Trail to South Park. Hit some trails (if you’re on the gravel bike) or ride loops in the countryside (if you’re on a road bike) and loop back to Pittsburgh for 60 miles of smiles.

J: I’ve been an off-and-on commuter for 20 years. The last few years I’ve been consistent at averaging 2-3 days per week throughout the year. I commuted almost 3,000 miles last year. Since we are working from home now, my commute got a lot shorter!

Q:  How many bikes do you have?

J: I’ve had as many as 12 bikes hanging in my basement. But I’ve switched to a less-is-more mantra for now. Currently I have four bikes, just one mountain bike, one gravel bike, one touring/commuting bike and a road bike.

Q: We heard you helped restore bike trails on Frick Park or elsewhere in town. Can you tell us more?

J: Over the years I’ve participated in a number organized and unorganized trail building and maintenance sessions mostly in Frick Park. Some unsanctioned work in Frick and its surrounding terrain has resulted in some stunning trails that are world-class. Just google “Crater Trail or Humpular Trail in Frick Park.”

Q: Have you ever done the full bike trip from Pittsburgh to DC?

J: I’ve done that ride about 10 times in both directions. The first time I rode it, it changed my whole philosophy on riding. I was 100 percent Type-A about my riding until doing that ride the first time. Riding the GAP/C&O allows you to slow down and enjoy the ride. Stop for cookies in Rockwood or grab a beer at Lucky Dog. It’s just you and the bike and hopefully a friend or two.

Q: What is the longest distance you’ve ever biked?

J: I rode the entire C&O Trail from DC to Cumberland in 1 day, approximately 180 miles. It was amazing in so many ways. I’ll be honest, the last 20 miles were not mentally pleasant, but I woke up the next day ready to ride and rode 50 miles to unwind my legs!

Q: Do you find Pittsburgh a bike-friendly town? What else would you recommend doing?

J: It’s definitely improving. Twenty years ago commuting to work was almost a monkey knife fight. People are more accepting of cyclists and the infrastructure is so much better. Thanks Bike PGH! We still have a way to go, but so much progress has been made.

Q: What impact can more people biking have in Pittsburgh?

J: I love seeing more people on bikes as it’s just a better way to live. You don’t have to take your car everywhere. Just go for a ride to unwind, burn some calories and get the juices flowing. You rarely see anyone angry while riding a bike. 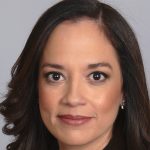 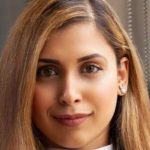